Free Shipping on orders over $200!

FREE SHIPPING
ON ORDERS
OVER $99

Xuefu Zhuyu Tang is a relatively modern remedy that evolved out of the 19th-century reform movement within Chinese medicine. It first appeared in Wang Qingren’s medical treatise, Correcting the Mistakes of Former Medical Books (Yilin gaicuo). Wang was a local government official who boldly used his position to perform autopsies on murder victims and executed criminals. The apparent discrepancies between his structural discoveries and the ancient functional definition of the organ systems compelled him to “rewrite” the fundamentals of Chinese medicine. Although Wang has since become notorious for his misconceptions about the energy-oriented nature of Chinese medicine, the clinical value of his formulas has made him a highly esteemed medical pioneer. In the process of his crudely performed autopsies, Wang often found congealed blood pooling above the diaphragm. Ignorant that this phenomenon was the result of unsophisticated incision techniques, he labeled this area the “Mansion of Blood” (xuefu) and assumed that blood easily stagnates here. Xuefu Zhuyu Tang was specifically designed to remove stasis from this region. Although the creation of this formula was originally inspired by a gross anatomical fallacy, it has since proven effective for a wide range of common modern ailments and has become the primary choice for the TCM pathology of Blood stasis anywhere in the body. It is often prescribed, for instance, for cardiovascular conditions where Western medicine treatment would resort to blood-thinning drugs. While the traditional concept of Blood moving therapy (huoxue huayu) is considerably different from blood thinning, caution should be used in prescribing this remedy in addition to blood thinners. Like other Blood moving formulas, Xuefu Zhuyu Tang is contraindicated during pregnancy.

We hand-select medical-grade supplements that are made for physicians, to support your health goals. The highest quality at the best price! 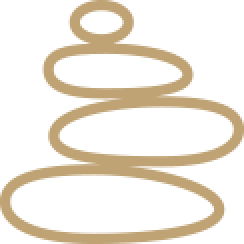 Free Shipping on
Any Order Over $200